The International Student Program at Lancaster Baptist School accepts students from all over the world. Students are offered the opportunity to become proficient in the skills of reading, writing, listening and speaking English through total English immersion while attending sheltered content classes.

Lancaster Baptist School is dedicated to the total and balanced educational needs of its students in full cooperation with the family's wishes. Because the faculty and staff greatly care about each student, they provide them with a drug-free, loving and authority-honoring atmosphere. The students learn character development for living a moral lifestyle.

At Lancaster Baptist School, international students have all of the opportunities of American students. Students are involved in AP and elective courses, choral and instrumental music ensembles, student organizations and activities, and all major sports.

We are fully accredited by the Western Association of Schools and Colleges (WASC) and maintain full course recognition through the University of California a-g system. We issue F-1 visas to international students through the U.S. Student and Exchange Visitor Program.

We are an inclusive school that provides a quality education in a safe and secure Christian environment. We offer total English immersion to achieve fluency and sheltered content classes to build proficiency. Our dedicated international program staff ensure growth and success for each individual student. 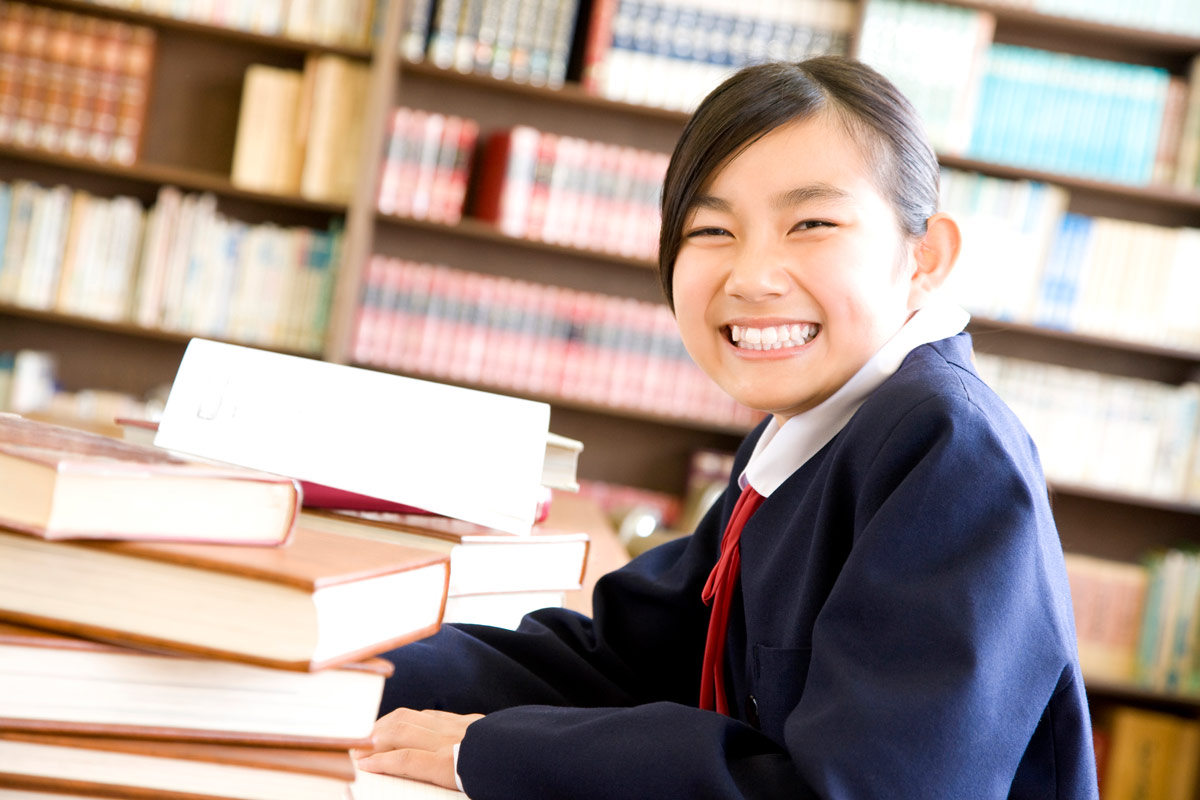 Academically, when I came to Lancaster Baptist School, I did not have good study habits or organizational skills. However, after studying here for one year, I began to develop better habits with the aid of my homestay family and teachers. One area that really helped me to improve occurred when I began asking questions and seeking help from my teachers.

I am a Chinese ninth grade student, and I came to Lancaster Baptist School in August 2018. At first, I thought it would be scary to study in a new environment, but I was wrong. The students and teachers here are very helpful. I am thankful when I understand what I am learning. Teachers spend their own time tutoring and reviewing with me. The leaders in the school are very helpful; I am learning many new things and growing in character. I love this school!

I have been attending Lancaster Baptist School for the past two years. I have really enjoyed my experience at Lancaster Baptist School. I am a junior in high school right now, and I really appreciate the help and care the school has provided to me. One thing I like the most about this school is the music program. In the music program, I am able to participate in orchestra, choir, band, field trips, and private lessons.

The spirit of this school is wonderful! I have made many friends here, and the teachers are very nice and friendly. They do their best to help you improve. I really recommend Lancaster Baptist School to any international student.

I am an international student from China. I came here in 2017 as a sophomore. When I first came, it was a big challenge for me. I was really afraid of everything - a new school, new people, new country, and a new language. I was really shy and did not want to talk to strangers and was afraid that my classmates would not accept me. However, when I actually got here, everything was just fine. I have amazing classmates! They were friendly to me, helpful with schoolwork, and accepting of my nationality. I am also truly thankful for my teachers because they have patience with me and explain concepts that I do not understand. I am grateful to attend Lancaster Baptist School.

The children loved the school! Thank you so much for the kindness of all the school staff and teachers. The children did not want to leave school and return to Korea. I hope they will be able to meet their friends and teachers again soon!

LBHS students may choose from two diploma tracks. Each track has a requirement of 240 credits. 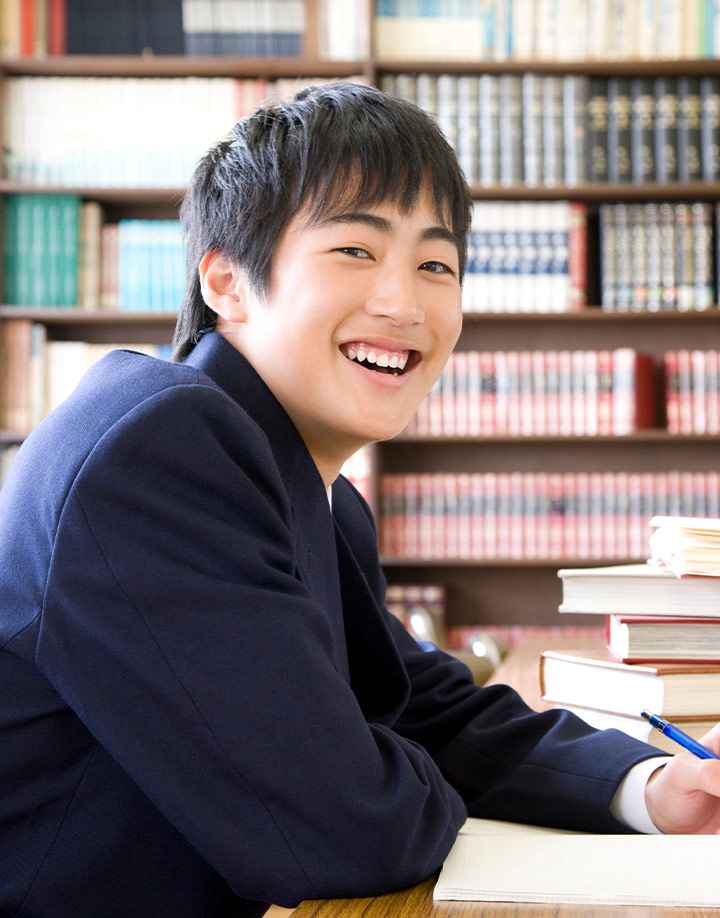 2. Complete and submit the online application

3. Download, complete, and submit the following forms to the program director

4. Complete a Skype or FaceTime interview

You will be contacted once your application fee, application, and supporting forms have been received and reviewed.

*Students may begin on the first day of school only if all documentation has been received and reviewed to be acceptable. Once completed and accepted a letter of acceptance and an I-20 will be mailed to the applicant.

Lancaster Baptist School is located in the Antelope Valley which occupies northern Los Angeles County, California, and the southeast portion of Kern County, California, and constitutes the western tip of the Mojave Desert. It is situated between the Tehachapi and the San Gabriel Mountains. The valley was named for the pronghorns that roamed there until they were all but eliminated in the 1880s by bad weather and subsequent fur hunting. The principal cities in the Antelope Valley are Palmdale and Lancaster.

Lancaster is a charter city in northern Los Angeles County. As of 2013, Lancaster was the 31st largest city in California. Lancaster is part of a twin city complex with its southern neighbor Palmdale and together they are the principal cities within the Antelope Valley region. Lancaster is located approximately 61 miles north of downtown Los Angeles, near the Kern County line. The population of Lancaster grew from 37,000 at the time of its incorporation in 1977 to over 156,000 in 2010. According to the Greater Antelope Valley Economic Alliance report of 2015, Lancaster has a population of 168,049.

Santa Clarita is a California city north of Los Angeles. It's known for the Six Flags Magic Mountain theme park, with many roller coasters. The adjacent Six Flags Hurricane Harbor is a summertime water park with tall slides and a wave pool. The prehistoric stone formations of Vasquez Rocks Natural Area Park have served as a backdrop for many films. William S. Hart Park has a museum dedicated to the silent-film star.

Los Angeles is a sprawling Southern California city of 4 million people and the center of the nation’s film and television industry. Near its iconic Hollywood sign, studios such as Paramount Pictures, Universal and Warner Brothers offer behind-the-scenes tours. On Hollywood Boulevard, TCL Chinese Theatre displays celebrities’ hand- and footprints, the Walk of Fame honors thousands of luminaries and vendors sell maps to stars’ homes.

Highlights of LA beyond the entertainment industry include the Getty Center, home to European and American art and extensive gardens. Griffith Observatory has panoramic skyline views, while the Lakers and Clippers basketball teams play at Staples Center. In and around the city are notable beaches including Venice, complete with funky shops on a colorful boardwalk, and Santa Monica, whose pier offers rides and games. Live music venues dot the billboard-lined Strip, a stretch of Sunset Boulevard running through the West Hollywood area. Beverly Hills is the site of the famously upscale shopping street Rodeo Drive.

Lancaster Baptist High School admits students of any race, color, and national or ethnic origin. This school is authorized under Federal law to enroll non-immigrant alien students. (All non-immigrant international students enrolled at LBHS must be on an F-1 visa.)