Home / About / About Pastor Chappell 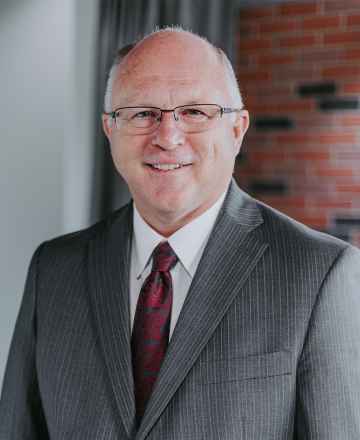 April 5, 1972 was a turning point in Pastor Paul Chappell’s life. It was on that day that, as a ten year old boy, he trusted Christ as his personal Saviour. His heart and passion for God are evident in his desire to introduce others to Christ and see them grow in their relationship with Him.

Sensing God's call to ministry, Pastor Chappell enrolled at the Pacific Coast Baptist Bible College and graduated with a Bachelor of Arts degree in Pastoral Theology in 1983. While attending college, he founded and pastored the Seaside Baptist Church near Indio, California. He received a Master of Arts degree from the Louisiana Baptist University in Shreveport, Louisiana, and was later honored with a Doctor of Divinity Degree from Trinity Baptist College in Jacksonville, Florida, in 1995.

Pastor Chappell was called to Lancaster Baptist in 1986 by twelve members. The church was in foreclosure and could offer no pastoral salary; however, over the past twenty-four years God has blessed, and the congregation has grown from an average attendance of twenty to become one of the largest Baptist churches in the country. Today, the church occupies one-hundred five acres of land and has built several multimillion-dollar buildings. The church annually gives more than one million dollars to missionaries worldwide.

Dr. Paul Chappell’s heartbeat is that of a pastor. He loves his church, and even through tremendous growth, Lancaster Baptist Church has maintained its close-knit family atmosphere and its passion for serving people.

In 1995 the church began the West Coast Baptist College. West Coast is training students from nearly all 50 states and 17 foreign countries, who will serve in local churches around the world. Other ministries of the church include Striving Together Publications and Daily in the Word radio & media ministry. Daily in the Word is heard on more than 450 stations across America and in some foreign countries.

Dr. Chappell is the author of numerous booklets as well as twenty-six books that include titles such as A Heart for God, To Seek and To Save, Enter His Presence, Guided by Grace, The Right Path, Order in the Church, Grace for Godly Living, A Firm Foundation, Acts: The Church Alive, Abiding in Christ, The Spiritual Leader, The Burden Bearer, The Road Ahead, and Out of Commission. He is a frequent speaker in Bible conferences throughout the United States and around the world.

Dr. Paul Chappell married the former Terrie Bianco of San Jose, California in 1980; their four adult children are married and serving in full-time Christian ministry with their spouses. The Chappells are delighted to be grandparents to Camden, Delanie, Leighton, Chandler, Alivia, McKenna, Luke, Blaire, and Blakely.